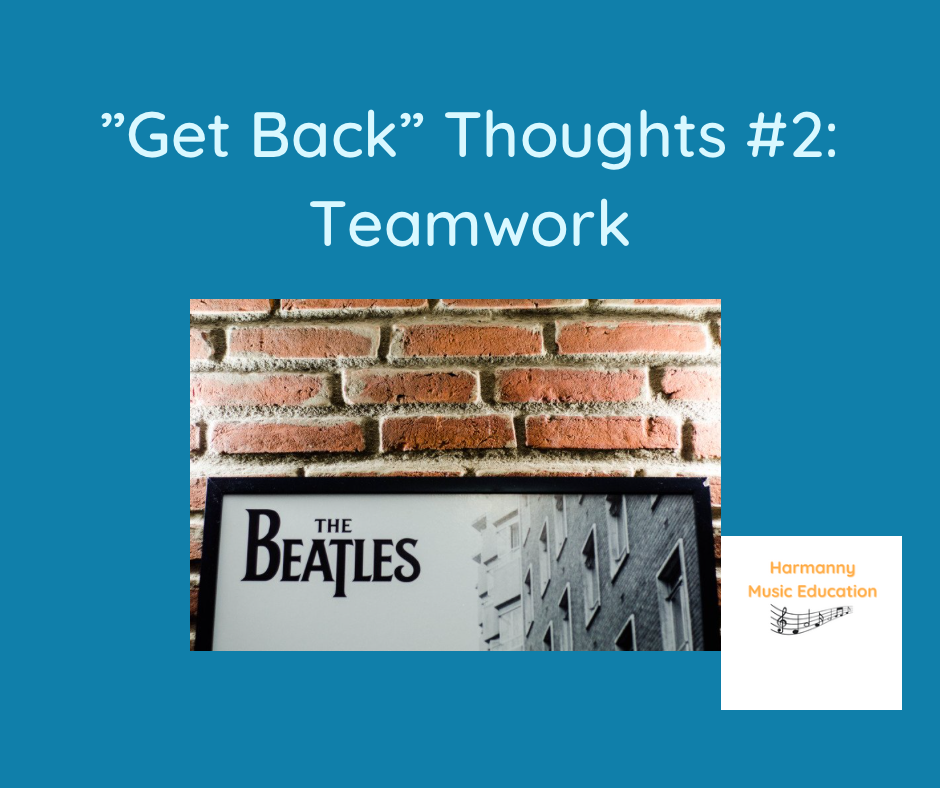 Last week, I wrote about the Beatles documentary “Get Back”. I wrote about how they needed help and got it from Billy Preston. This week, I’m going to talk about teamwork.

The Beatles were known as the “Fab Four”. It wasn’t John or Paul or George or Ringo. It was John and Paul and George and Ringo. One of the things that I really appreciated in watching this documentary was that even in the midst of personal disagreement and strife (this was very close to the end of the Beatles as a band), when they made music together, you could see how they worked together to create an amazing and unique sound.

One of the ways you see this is in their songwriting process. It wasn’t always just Paul or George or Ringo or John individually writing the songs. It’s all of them working together. One of my favorite parts was when Ringo was sitting down at the piano working on Octopus’s Garden.

Music can be an individual effort. But from my experience in making music throughout my life, I’ve found so much more joy in a collective experience. Whether that was singing in a choir, playing handbells in a group, playing trumpet in band, accompanying singers or instrumentalists on the piano or organ, the teamwork that goes into making music is so important. The Beatles, even in the midst of struggles still worked and clicked together in making music. Whether it was just goofing around on songs they all knew, or making new songs, you can see their teamwork happen so clearly.

Yesterday, I got an email from a church that I am filling in for on the organ later in the month. The email was letting me know that at each service, there would be two violinists. I got very excited and replied immediately saying that I would be looking forward to it. The response I received intrigued me. There was some worry that it would be an issue. My response to that was that I was going to start looking through my resources for music to work on. Of course, this church doesn’t know me or my background, I was just recommended as a sub. They don’t know that I’ve grown up around music in the church, spent 18 years as full time church music minister and that I feel very strongly about utilizing instruments in worship. But sometimes, musicians don’t always want to work with others. Sometimes, musicians don’t like working with others. When we do work together, beautiful music happens. Just like what you see when you watch the documentary “Get Back”.

“Get Back” is currently streaming on Disney+. It is in 3 parts, each about 2+ hours in length.