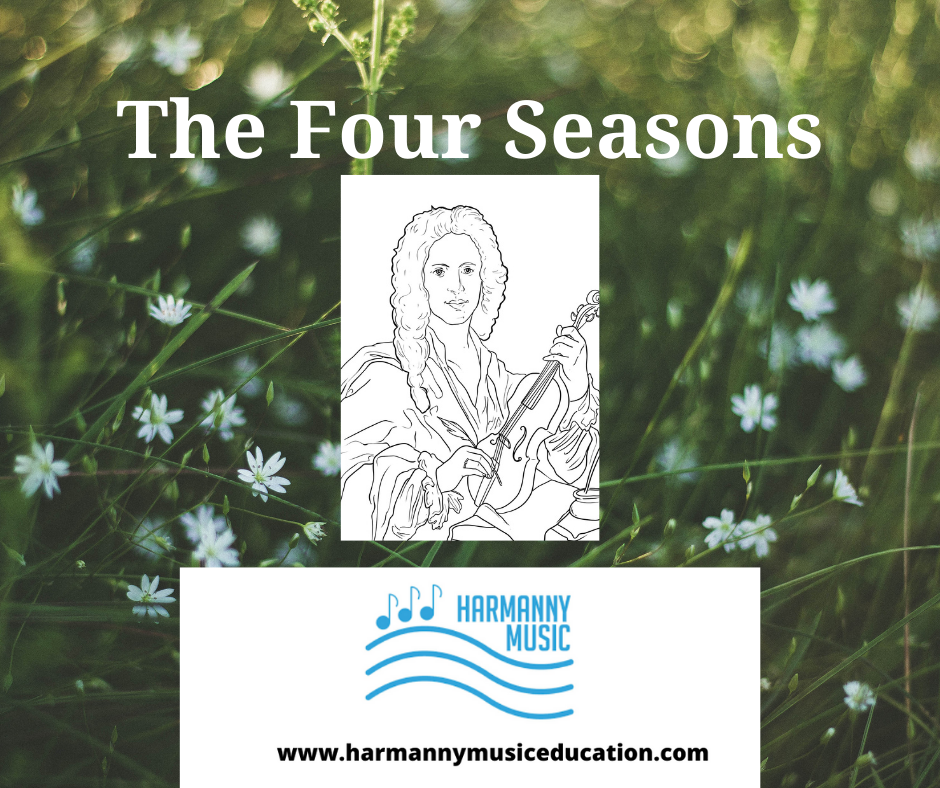 The Four Seasons, by Vivaldi, are exquisitely written and the Spring theme is one of the more famous melodies out there. But why did Vivaldi write it?

The Four Seasons is a concerto, one of over 500 written by Vivaldi, who was born in 1678 and died in 1741. The thing about this concerto, though, was that it was radically different than all of the other concertos written at this time. What was different about it? It was themed. Up until this point, concertos were just….concertos. Typically labelled by what key they were in, each movement was typically titled by the tempo, or speed of the piece.

But Vivaldi radically changed the musical landscape around him in writing The Four Seasons. You see, he encouraged the players as well as the audience to use their imaginations. If you’re listening to music, do you typically associate it with a season? Probably not. But, if you listen to the Spring movement, and you’re thinking about all of the things that happen in springtime, it doesn’t take much work to imagine the music being the background for it.

We can definitely thank Vivaldi for many masterworks of music that are in the world today. Personally, one of my all time favorite choral works is his “Gloria”.

Check out Gloria, The Four Seasons and many other compositions by Vivaldi. You may find a new favorite classical composer!